Lord
receive this young woman known around the world as Marilyn Monroe
although that wasn’t her real name
(but You know her real name, the name of the orphan raped at the age of 6
and the shopgirl who at 16 had tried to kill herself)
who now comes before You without any makeup
without her Press Agent
without photographers and without autograph hounds,
alone like an astronaut facing night in space.

before a prostrated crowd of people, their heads on the floor
and she had to walk on tiptoe so as not to step on their heads.
You know our dreams better than the psychiatrists.
Church, home, cave, all represent the security of the womb
but something else too …
The heads are her fans, that’s clear
(the mass of heads in the dark under the beam of light).
But the temple isn’t the studios of 20th Century-Fox.
The temple—of marble and gold—is the temple of her body
in which the Son of Man stands whip in hand
driving out the studio bosses of 20th Century-Fox
who made Your house of prayer a den of thieves.

Lord
in this world polluted with sin and radioactivity
You won’t blame it all on a shopgirl
who, like any other shopgirl, dreamed of being a star.
Her dream just became a reality (but like Technicolor’s reality).
She only acted according to the script we gave her
—the story of our own lives. And it was an absurd script.
Forgive her, Lord, and forgive us
for our 20th Century
for this Colossal Super-Production on which we all have worked.
She hungered for love and we offered her tranquilizers.
For her despair, because we’re not saints
psychoanalysis was recommended to her.

Remember, Lord, her growing fear of the camera
and her hatred of makeup—insisting on fresh makeup for each scene—
and how the terror kept building up in her
and making her late to the studios.

Like any other shopgirl
she dreamed of being a star.
And her life was unreal like a dream that a psychiatrist interprets and files.

Her romances were a kiss with closed eyes
and when she opened them
she realized she had been under floodlights
as they killed the floodlights!
and they took down the two walls of the room (it was a movie set)
while the Director left with his scriptbook
because the scene had been shot.
Or like a cruise on a yacht, a kiss in Singapore, a dance in Rio
the reception at the mansion of the Duke and Duchess of Windsor

all viewed in a poor apartment’s tiny living room.
The film ended without the final kiss.
She was found dead in her bed with her hand on the phone.
And the detectives never learned who she was going to call.
She was
like someone who had dialed the number of the only friendly voice
and only heard the voice of a recording that says: WRONG NUMBER.
Or like someone who had been wounded by gangsters
reaching for a disconnected phone.

You answer that telephone!

Lord
receive this young woman known to the world as Marilyn Monroe
though that wasn’t her real name
(but You know her real name, that of the orphan raped at the age of 9
and of the shopgirl who at 16 wanted to kill herself)
and who now stands before You without makeup
without Press Agent
without photographers

like an astronaut in the night of outer space.

(so Time magazine tells us)

before a prostrated multitude heads to the ground
and she had to walk on tiptoe to avoid treading on their heads.
You understand our dreams better than any psychiatrist.
Churches, houses, caves, are the safety of the mother’s womb
and yet also something more
The heads are her admires, so much is clear
(the mass of heads in the darkness below the stream of  light.
But the temple isn’t the studios of 20th Century Fox.
The temple—of marble and gold—is the temple of her body
from which the Son of Man whip in hand
drives out the money-changers of 20th Century Fox
who turned Your house of prayer into  a den of thieves.

Lord
in this world contaminated by sin and radioactivity
surely  You won’t blame a shopgirl
who, like every shopgirl, dreamed of being a star.
And Her dream became a reality (Technicolor’s reality).
She only acted out the script we gave her
—that of our own lives.

And the script was absurd.
Forgive her, Lord, forgive all of us
for our 20th Century
for this Mammoth Super-Production in whose making we have all shared.
She was hungry for love

and we offered her tranquilizers.
For the sadness of not being saints we recommended psychoanalysis

Remember, O Lord, her growing fear of the camera
and hatred of makeup

insisting on being newly made up for every scene

and her growing terror and unpunctuality at the studios .

Like any other shopgirl
she dreamed of being a film star.
But her life was unreal

like a dream which an analyst interprets and files

(it was just a film set)
while the Director walked away

having finished shooting his scene

a kiss in Singapore,

a ball in Rio

a reception with the Duke and Duchess of Windsor

viewed in the living room of a cheap apartment

without the final kiss.

They found her dead in her bed

her hand on the telephone.
but the detectives

didn’t know who it was she was trying to call
it was
like someone who deals the number of a last friendly voice
only to hear a pre-recorded tape and a voice saying : “WRONG NUMBER“
Or like someone wounded by gangsters
who reaches out towards a disconnected telephone

O, Lord
whoever she may have been trying to call
but didn’t call

Promote your Page too 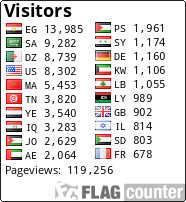 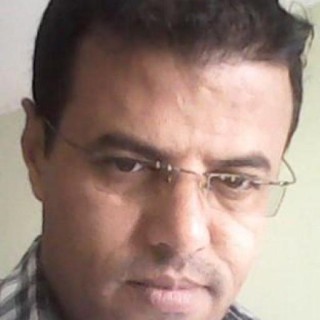 Riyadh Al-Hammady also known as Riaydh Hammadi, is a Yemeni freelance writer and professional blogger. I publish my essays in the following Arabic and English websites :

Life Through My eyes

A space for a certain life's perspective